Recently I attended the 4th annual Serverless conference. This year it was held in Austin Texas in the US and now that I'm based in the US it was easy to come up with the justification to go! 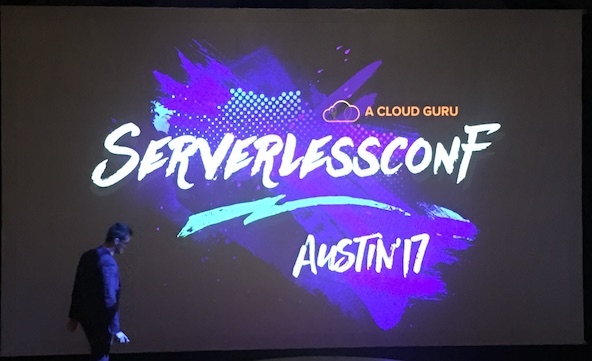 The conference itself was a two-day event, fantastically well organised with great food and around 400 serverless nerds. The talented team from A Cloud Guru, who first got this serverless conference ball rolling 4 years ago, did an amazing job in Austin. They even had custom made DONUTS for morning tea!! 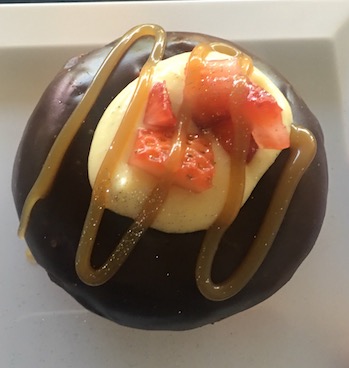 If you haven't checked out the A Cloud Guy guys (https://acloud.guru), you should. They offer great training for all the AWS certifications among other courses.

There are a few main observations I have from presentations and talking to various attendees.

There are a lot of people who seem to be under the impression that serverless will solve all their problems and is a magic bullet. Those of us who have actually built things at scale on serverless will all tell you, it is an incredibly powerfully tool, but there are still some sharp edges and its not the right tool for everything.

Serverless won't fix poor development practices, yup sorry! It might hide them for awhile, but sooner or later its going to kick you if you build things badly.

There are a LOT of "admin" tools for serverless. At least 5-10 different frameworks for deployment. I guess that happens in the early days of a new platform, everyone wants to build their own tools to manage it. I expect in a few years we'll see that balance out to 2 or 3.

If you go serverless you are going to end up building a distributed system of small services, troubleshooting distributed systems requires careful thought, development of failure/retry queues and careful logging/monitoring, but on the plus side, you do benefit from a microservice architecture. ServerLess or FaaS is introducing some people who might not have been exposed to distributed systems before and wouldn't have otherwise gone and built a microservices architecture. I suspect that's why there is some pain being felt. From a poll taken, the number 1 issue was around monitoring, so I'm sure the AWS's and others will be doing their best to fix that. (AWS has released X-Ray for lambda which is aimed to help with that).

Serverless is clearly building a BIG following and it was clear from the community that I'm not the only one who absolutely loves the serverless technology stack, which is super exciting. The companies attending the conference also did their part well. I didn't see much marketing fluff. To collect the conference t-shirt you also had to collect 10 pins, one from each vendor, good plan! Forced some mingling and I had some of the best and useful conversations I've had with vendors in a long time.


Presentations that made an impact with me and are worth viewing the recording (and when the recordings are available, I will update a link at the top of these post)

Ryan Scott Brown @ryan_sb gave an EXCELLENT trenches talk that anyone building serverless apps should read! All his points are spot on. It helped me consolidate some thinking I've had. I won't comment more except point you to his slides and hopefully a video soon. https://serverlesscode.com/slides/serverlessconf-harmonizing-serverless-traditional-apps.pdf

Mike Roberts @mikebroberts gave a great presentation. He talked about changing from thinking of software development as a "Feature Factory" but instead thinking of it as a "Product Lab". You have to try lots of stuff, most of it will suck and that's ok, dump it and move on. Obviously tools like serverless can provide a path to do this and move quickly. This is similar to the idea of "Developer Anarchy" or "Extreme Agile" that Fred George has spoken of and personally I'm completely on board. I see too many teams these days that go through a sprint creating crap that actually doesn't move the company or their user base forward, just because it is "safe". It never felt right and I'm glad to hear someone talking about it.
Mike has a bunch of links available at: http://bit.ly/symphonia-servlerlessconf-austin and slides http://bit.ly/symphonia-serverlessconf-austin-slides

Randall Hunt @jrhunt from AWS did an epic presentation and wins hands down in the demo and entertainment category. His machine acted up at the start and forced a reboot on him, but he took it all in his stride. If you don't know him, he does the twitch live coding sessions on AWS channel. This presentation showed me what someone who knows what they are doing can do in a fairly short time, I wish AWS got their guys to do more sessions like this. They have some real talent, show it off and give the audience something to look up to, especially the younger crowds and those studying to move into a Development field. Two big thumbs up!

I have to mention the Azure Function/Logic Apps presentations. Chris Anderson really showed off their technology and how they are now a serious player in the serverless market. The dev tool integration and ability to locally attach to and debug serverless function code via VS Code was impressive. Oddly enough I made one tweet: "Watch out lambda. Azure team is showing some very impressive things with their AzureFunctions #Serverlessconf" and promptly had a bucket load of likes all from MS people. You can tell they are really trying hard to catchup to AWS. Based on twitter, maybe too hard.

Charity Majors gave a funny and maybe slightly awkward presentation. She compared the current Serverless situation to a small toddler. We love them deeply, but gee it will be good then they've grown up a little. She challenged some ideas, asked how much do we trust our vendors? Even our cloud providers and finished it all off with reminding that DevOps, is about Ops learning dev... Oh Developers that means you need to learn ops too you know and yes you need ops even when it is serverless.. Sorry..

Last but certainly not least Sam Kroonenburg presented the acloud guru serverless story, what worked, what didn't and rough edges they found! Conferences need more of this, real world, from the trenches presentations that don't skip over the rough edges all projects have. Was very enjoyable to hear his/a cloud guru's journey.

To wrap up, it was a great event. Even presentations that didn't make my list were worth the trip over to Austin.
My first time in Austin Texas and the conference gave me the "excuse" to say the weekend!.. Great city! I could live there, easy!!